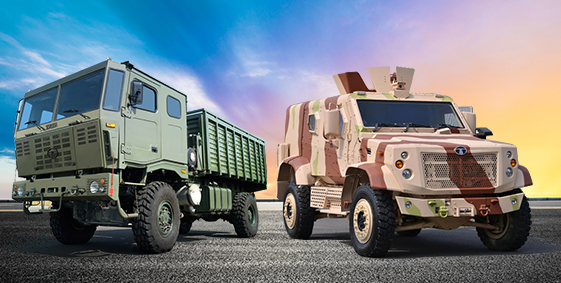 How Tata Light Trucks Have Helped in Military Applications

Since 1958, Tata Motors Limited India's largest automobile company has diversified its portfolio into all segments of the country including the Indian Army, and continues to feel honored in partnering with the armed forces.

Tata Motors commercial vehicle models are available for multiple applications, offering its customers a wide range in the light, medium and heavy duty category. Tata's light armored vehicles are a set of defense vehicles that are often used by the army. They are multipurpose vehicles launched for patrol, convoy protection and light strike missions; and are certified through CMVR - a legal requirement for vehicles operational on the Indian roads.

Tata Motors' Light Armored Vehicles and Tactical Military Vehicles - that are highly tough and sturdy, and offer strength and security to our military and para-military forces.

Tata Motors 12X12 special wheeled chassis - that is designed to carry missiles with a payload capacity of 33 tons.

Tata Motors infantry combat vehicle and mine protected vehicles – that are designed to sustain all rough climatic conditions and come loaded with the highest grade of security features such as blast protection, ballistic protection and NBC protection.

Apart from tactical and armored vehicles, Tata light trucks are being used as ambulances, poultry carriers, mobile ATMs, oil containers, troop cars, and postal vans by the defense services.
Military camps are often based in isolated areas and hard to reach terrains, and day-to-day supplies are difficult to get. And that’s where Tata Motors light trucks are able to come in and do their bit in assisting our forces.

Why Tata Light Commercial Trucks make some of the best recovery vans in the market? 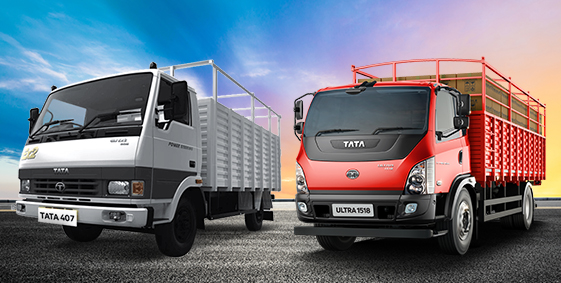 What are the Key differences between Tata Ultra Series and Tata 407?

What Are You Looking For!